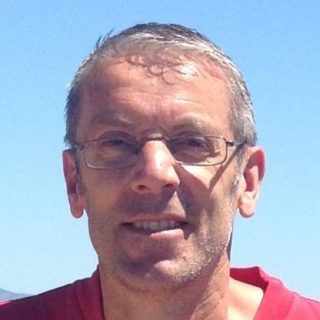 Another strong team display saw wins at Under-13 and Under-15 level for Winchester's junior cross-country runners in the third fixture of this season's Alton Sports Hampshire Cross-Country League.

With no Under-11 races at Popham it was the U13 girls who got proceedings underway in blustery conditions. A season-high eleven runners in the black and gold meant that there were plenty of WADAC vests to cheer on the single-lap circuit of mainly rough grassland, and again it was the trio of Emma Shedden (15th), Lara Bassett (16th) and Jasmine Jones (28th) who comprised the scoring team. Just further back was improving newcomer Jemima Hodges, followed by Safiya Husain, Aisling Hitchman, Emily Staggs, Maisie Curtis, Ella Stout, stepping up from U11s, Kaela Nixon and Izzy Stout. The team finished fifth, as they had at Aldershot in the previous fixture.

The WADAC Under-13 boys knew that a victory on the day against their close rivals from Southampton AC would go a long way towards securing the seasonal title, and, just as they had done in fixtures one and two, the boys delivered, with James Lewis, maintaining his 100% record of race wins, Michael Shingleton-Smith (4th) and Ben Chesterfield (7th) taking the points that claimed the team win. Winchester's great strength in depth in this cohort meant that the next three home, Stan Parkinson, Charlie Kyle and Tom Grote, would have been fourth-placed team if the league rules permitted two scoring teams from the same club, and the next three after that, Toby Pace, Charlie Cox and William Hasan, the latter moving up from the U11 category for the day, would have been sixth team. Further strong runs from U11s Ruben Price, Sam Nicholson and Haydn Moore, as well as from Alex Nicholson, Ben Hutchings and Ieuan Thomas, put an even greater gloss on the day's proceedings, although that was counter-balanced by an unfortunate spiking injury to Reuben Hobbs that left him unable to complete the race and requiring medical attention. Everyone in the squad wishes Reuben a speedy recovery. With two races to go in the series, the boys now need just one first- or second-place team finish to secure a first county title for many years. Individually, James will be county champion if he can secure just one third-place finish or better, and both Michael and Ben are in the mix for the seasonal medals as well.

The same situation faced our Under-15 girls on the start-line - two wins from two to date meant that a repeat performance would place them too in a very strong position for the seasonal title. And a repeat performance was what we saw, with Rose Chesterfield (3rd), Amelia Moore (4th) and this time Millie Burgess completing the scoring team in 8th with a wonderful last 400 metres, ensuring the team win. With Hannah Foster unfortunately an injury-withdrawal in mid-race, Lily Neate, Ellie McErlean and Katie Nicholson completed the team, and like the U13 boys, they now require a second-place finish or better in one of the last two races to take the title that so narrowly eluded them last year at U13 level.

The Under-15 boys team was badly affected by various absentees, and only James Medley (19th) made the top-twenty this time round. Thomas Briggs (40th) and Ben Schofield (43rd), providing one bright-spot with his first-ever scoring place, completed the team, and were backed-up by Harry Harvey and Connor Dutton. Sixth-place on the day, after finishing second in both the first two races, highlighted the importance of getting a full turnout from squad members !

With inter-counties races and the festive shutdown coming in the next few weeks, the next races for our junior teams will be the Hampshire Championships on January 5th and the fourth fixture of the Hampshire League the following week, January 12th. As ably demonstrated on Saturday, a full turnout will be central to Winchester's medal chances on both occasions.