Head of Jumps and Multi-Events and Athletics Coach

U17 man Harry Crosby (coach Andy Fisher) made a sparkling debut in his WADAC vest by posting no fewer than 7 personal best performances to take the bronze medal in the U17 mens heptathlon at the National indoor age group combined events championships in Sheffield yesterday. Having just joined WADAC, Harry showed how valuable an athlete he will be to the club by running, jumping and throwing his way to a podium finish after 2 days of scintillating action at the magnificent English Institute of Sport Arena. Harry began day 1 on Saturday with a 7.40 clocking in the 60m the third fastest indoor time by a WADAC U17 man. He followed that up with a leap of 6.55m in his best event the long jump which took him 2nd on the all time WADAC indoor U17 list. The shot putt was next where Harry managed 11.22m to place 3rd on the all time U17 mens indoor list and rounded the day off with a 1.81m high jump good enough for 2nd on the all time WADAC U17 indoor list and placing Harry 2nd overall overnight.

Harry started day 2 where he left day 1 with a 8.69 sec clocking over the 60m hurdles to break the clubs indoor U17 mens record and then in his weakest event Harry smashed his pb to record a height of 3.20m in the pole vault going 2nd on the all time clubs U17 mens indoor list. With the scores desperately close between the top 4, Harry left it all on the track to run 2mins 52.49 secs for the 1000m to take 3rd place overall and win a place on the podium.

A summary of the action can be found through the link below to the EA website.

The full set of results from the Heptathlon can be found below.

And a picture of a delighted and very tired Harry can be seen below in his WADAC vest with his bonze medal. 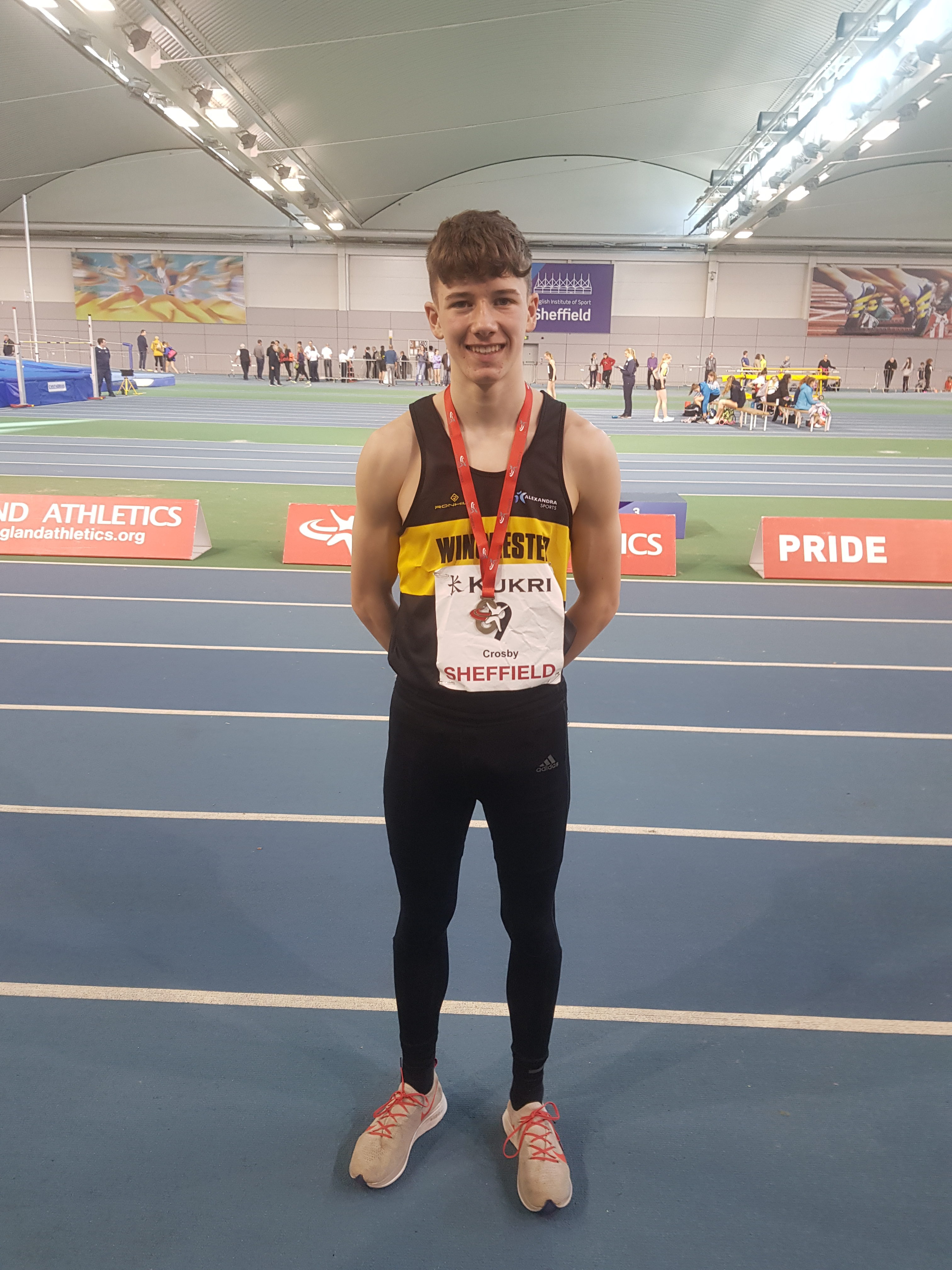