An eventful week for the clubs’ young triathletes 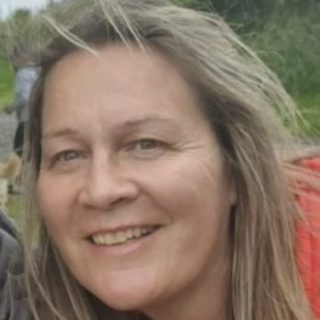 Coach in the Junior Triathlon Group

Former professional bike rider and development coach at British Cycling. Now Mum of four and volunteer coach. Can be seen occasionally at events when not ferrying children around. Set up the junior triathlon group at WADAC in 2018 to encourage children to try multi-sports and have fun with sport.

Sunday was the last race of the South-Central Series, at Eton Dorney. A relief for most! Racing here is always a little bit more special than other events, being such an iconic venue. League podiums and IRC places were up for grabs, so everyone was super focused to give their best.

Kali Ruffell-Moreira was our only TS3 girl. Kali had a strong swim off the back of her recent 3km open water exploits, exiting 2nd girl and finishing 5th overall after a small set back on the bike, with a time of 24:25.

Ruben Price had a strong swim, exiting the water 4th, 3rd fastest bike and finishing off with his trademark Alex Yee style 2nd fastest run, to finish 4th overall with a time of 21:39. This was enough to secure Ruben 3rd place in the league and a spot on the IRC team.

Ethan Skipwith was 6th with a time of 22:31. After a strong swim and competitive bike leg, he struggled with knee pain in the run. This result meant he finished 6th in the league and an IRC place seemingly out of reach.

Ben Carr was our third TS3 male finisher, coming in 16th with a time of 25:16. Ben has been improving all season with a more focused approach to triathlon. With a solid winter of training, he will be a strong contender next year.

In TS2, age 11-12 we had Ben Phillips and Theo Hoath competing. A mistake by the organiser meant that Ben and Theo were set off after the main TS2 group. This caused great confusion and bewilderment at the end but all credit to them both for carrying on and giving it their all. Ben managed a creditable 11th boy. However, Ben has been a consistent performer in the series, finishing top 3 in the league and secured an IRC spot.

Theo gave another top performance, finishing 6th boy. Theo is new to triathlon and hasn’t competed in many races this season but is learning quickly. Fueled by this knowledge, he will be very competitive next year, when he moves up to TS3.

Special mention to Oscar Newbury, who won the Youth event. Oscar doesn’t train with our group but joined one of WADAC’s endurance groups recently for run training. He is fast becoming a name to watch in youth triathlon.

Most of our group train with the WADAC endurance running groups. For anyone who watches triathlon, it’s clear that being a competitive runner puts athletes at a huge advantage in triathlon and we look forward to seeing what they can do in the cross-country season.

That’s almost a wrap for this season with just the Inter Regional Championships on August 24th.

Thanks to all our coaches and parents this year who continue to encourage and support the group; namely Jenny Astall, Charles Carr, Fiona Philips, Ally Stout, Mikaela Price and Paulo Moreira.

For anyone who would like to see what we get up to, email tri@wadac.org.uk and come along to a session in September.