This is a team event open to all WADAC Senior Endurance Runners in which we head to Wales in groups of 20 runners to complete the infamous Welsh Castles Relay organized by Les Croupier RC.

It’s called Welsh Castles because you run past lots of them! The 211 miles are split in to 20 stages with each runner doing a stage between Caernarfon Castle in the North West down to Cardiff Castle in the South East of Wales.

Usually held on the first weekend in June, this is a 2 day event. We head up to Wales (we usually base at Cefn Lea near Newtown for the 2 nights) on Friday night in an assortment of minibuses and support cars, all go and watch the start gun at 10am on Saturday morning and then follow the race until its completion on Sunday afternoon (with an overnight at Newtown). We strongly advise that you get involved with the minibus – it’s the best bit about the weekend with faces new and old as well as great camaraderie. You’ll get dropped at the start of your stage and cheered all the way by our club and the 60 others! Add in 2 stages which we have to marshal and you start to understand how mad the race is. The logistics involved in getting 40 runners up to and around Wales at the right place and time is predictably exciting!!

The stages are between 7.5 to 13.1 miles and if you fancy a challenge then put your hand up for a ‘Mountain Stage’! These are the 6 hilly stages on the route and you’ll get extra kudos for emptying the tank up these beasts.

As a club, WADAC have had great success at this event in the past winning the women’s race, holding several course records and picking up lots of stage wins. Yes, you get a stage winners t-shirt like the ‘yellow jersey’ if you’re fast enough! Then we’ve got the annual match race with Lliswerry Runners in which we compete for the Dragon Trophy – fastest overall team wins it. We have has some great races over the years and have built up a lovely competitive relationship with the South Wales club. All this considered, what it all comes down to is WADAC runners all having loads of fun whatever pace you run!

If you know the score already or this sounds like something you’d like to get involved in, please contact George Belfield on wcr@wadac.org.uk. Mug shot of George below so you know who to look out for. We start team selection in January and you’ll know about your place in late April.

More notes and information are available in the Welsh Castles Website. 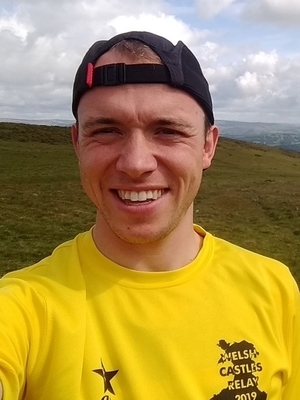 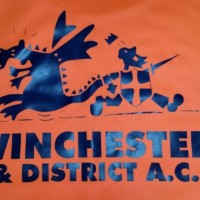 The registration system has changed for Welsh Castles this year to avoid each runner having to sign the declaration.

We are still a few runners short for this fantastic event. Sign up now at the link below

I am pleased to announce that we have been allocated two teams for the Welsh Castles Relay, June 9/10, 2018.