The Southern Athletics League (SAL) is a track and field league. There are five matches from April to August held at venues across the South of England on Saturday afternoons.

SAL is open to both men and women and all age groups are welcome (U17 through to seniors and veterans). The minimum age of 15 on 31st August in the competition year, there is no upper age limit!). There are five matches from April to August held at venues across the South of England on Saturday afternoons (occasionally Sunday afternoons), all of which have the following variety of events:

Points are awarded for two athletes per club per discipline, additional 'non-scoring' athletes are also encouraged and we are allowed unlimited numbers of these in track events and one in each field event.  As this is an inclusive league there is a wide variety of standards of athletes, so you don't need to be experienced in track and field to take part.

Points are added up per match and throughout the season, with the top four or so teams moving up or down the league at the end of the season.  It is free to enter and in order to sign up you need to email the team managers with your choice of events.

More information can be found on the Southern Athletics League website. 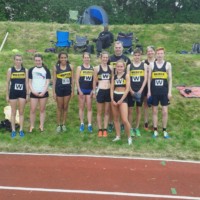 Dates (and revised venues) for SAL matches in summer 2020: 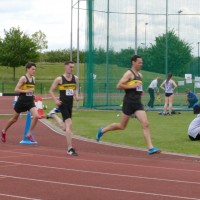 Sign up for SAL at Winchester Saturday 13th July

Please sign up for the next Southern Athletics League match (age groups U17 to Vets), which will be at home in Winchester on Saturday 13th July.

Sign Up for SAL Round 3, Saturday June 15th at Portsmouth

The match will be held on Saturday June 15th at Mountbatten Centre, Portsmouth, PO2 9QA from Midday

A win for WADAC in SAL round 2

Results show that WADAC won our second match in the Southern Athletics League at Winchester today, thank you to everyone who took part or helped.